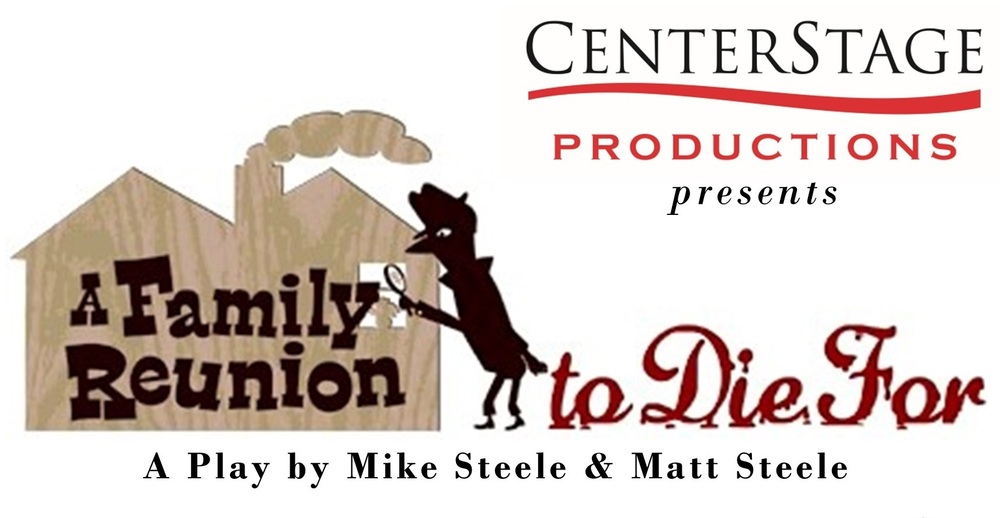 It’s time for the Knotting Family Reunion, and newlywed Christine Franklin is eager to show off her husband Freddie to the family she hasn’t seen in years.  The joyful reunion quickly turns sour though when Aunt Gretchen, Cousin Rachel, and Cousin Stefan are all murdered.   The members of the Knotting Family are dropping like flies, and Christine seems to be next in line to become a victim!  To make matters worse, a terrible storm has trapped all of the guests inside.  It’s up to Freddie to catch the murderer and save his blushing bride.  After all, he is a detective — well, a mall security guard turned wannabe detective, anyway.  Who is trying to wipe out the Knotting family?  Is it the pair of squirrel-hunting hillbilly sisters with their rifle?  The former Vegas showgirl with a knack for knitting?  The maid with a single digit IQ?  The grouchy cook?  The bitter journalist?  The troupe of mimes?  Gretchen, Rachel, and Stefan return from the dead, and with the audience’s help, teach Freddie what it takes to be a real detective.   Complete with a hilarious chase scene, a chance for several of the characters to interact with the audience, and a few surprising plot twists, this refreshingly fun murder mystery comedy is the perfect play for audiences age 12 and up.